The largest Sheikh Zayed Grand Mosque in the United Arab Emirates is an architectural epitome of peace and purity. A central place for both worship and tourism, its sheer magnitude and aesthetics are sure to leave you in awe. The Mosque is a beautiful amalgamation of marble cladding domes, gold glass finials, traditional minarets, crystal-laden chandeliers, and many other feats of architecture and diversity.

The First President and The Founder of the UAE, Late HH Sheikh Zayed bin Sultan Al Nahyan commissioned the beautiful Sheikh Zayed Grand Mosque in 1996. The vision behind the Mosque was to blend different Muslim traditions and civilizations and create a welcoming and inspiring haven for visitors of all beliefs. Unfortunately, he was buried in the same Mosque after his unfortunate demise, three years before the Mosque’s completion, in 2004.

After 11 years of construction, the Mosque opened its door on Eid-Al-Adha (November 5) in 2007, welcoming worshipers from around the world. Retaining an accommodation capacity of shocking 50,000 and gleaming from excellent craftsmanship, Sheikh Zayed Grand Mosque undoubtedly became a prime tourist attraction in the GCC region.

Following an open-door policy, the Mosque provides free of charge admission every day of the year. It is an approximate 1 ½ hour drive from Dubai. If you don’t have your driver, you can easily make suitable arrangements like booking a cab or hiring a tour guide. Public transport is the best option if you stay in Abu Dhabi itself. I’ll talk in detail about how to visit Sheikh Zayed Grand Mosque further in this blog. 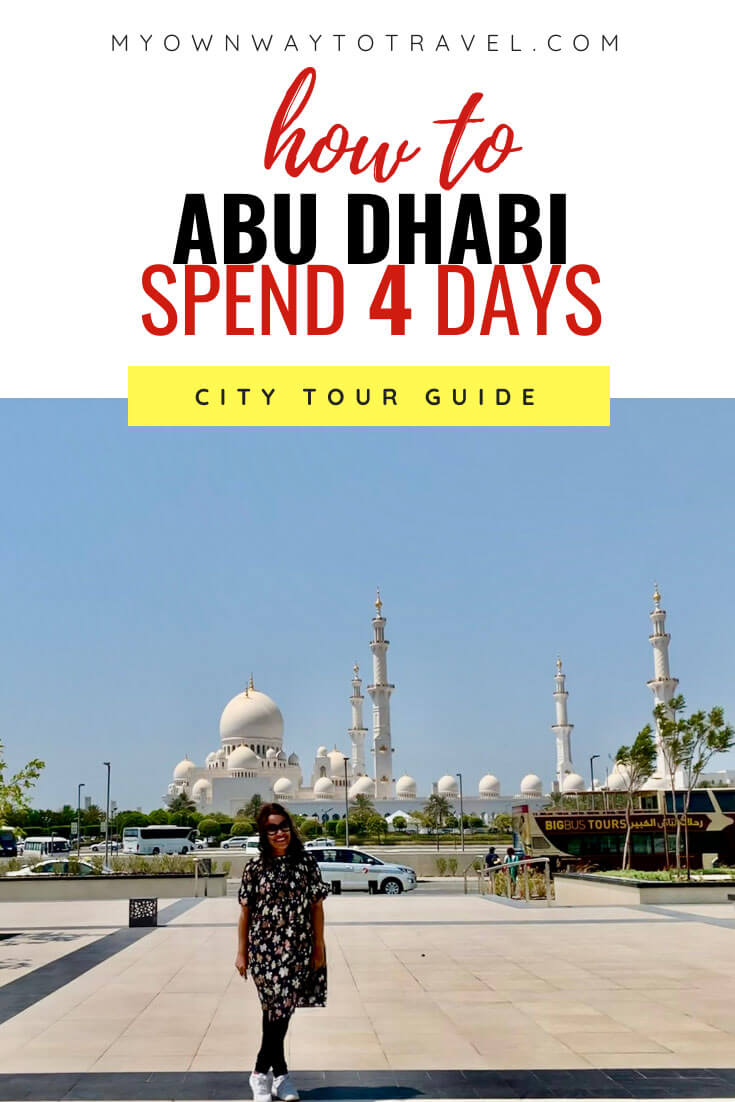 Sheikh Zayed Grand Mosque has 82 domes, 1000 poles, four minarets in each patio corner, hand-knit carpets, large prayer halls, reflective pools, and Swarovski chandeliers. The complete structure is coped with white and multi-colored marble featuring breathtaking mosaic artwork in the courtyard. The columns have an unusual setting of the crowns placed at the bottom and have embedded jasper, amethyst, and lapis lazuli in the marble.

Borrowing ideas from British, Italian, and Emirati minds, like the art of symmetry and repetition, the Mosque gives life to the architectural magnificence of the Islamic empire. It’s the top tourist destination in Abu Dhabi and a must-visit for design enthusiasts and architectural photographers.

Intricately hand-knotted by 1200 female artisans and carved with an Islamic medallion design, the Sheikh Zayed Grand Mosque carpet is listed in the Guinness World Records for being the largest of its kind. The carpet weighed a staggering 35 tons and had to be shipped in 9 pieces to the Mosque. Made of 70% wool and 30% cotton, it feels soft on your bare feet. The carpet took two years from fabrication to assembly, but the exhilarating results are all worth the efforts.

The establishment of the federation of seven Emirates in 1971 led to the election of Sheikh Zayed bin Sultan Al Nahyan as the first President of UAE. For most of his life, Sheikh Zayed tackled finding a balance between modernity and traditions. He followed a path of Islamic faith far from extremism and fanaticism.

He was eager to spread the message of peace and tolerance and teach the upcoming generations the love and diversity of Islamic culture. The Grand Mosque is the successful conclusion of his lifelong dream and serves the vision of devotion and dedication.

The artistry on the marble floor of the courtyard is one of the most gauzed upon features of the Mosque. It has large inlaid flowers of multiple colors and is the finest example of a marble mosaic in the world. In addition, the courtyard is surrounded by colonnaded walkways, which are supported by columns with gilded fronds. These walkways are shown similar floral designs, and the columns are laid with precious stones like red agate, mother of pearl, amethyst, and so on.

The prayer halls also glimmer with marble inlay work and hold 96 columns themselves. The designs seem to be consistent with the ones seen in India’s Taj Mahal.

If you are not in compliance with the dress code there are nothing to worry about — the center loans clothes to tourists in exchange for their ID cards. Also, wooden shoe racks are available to keep your footwear, as you are only allowed to bear foot in the Mosque’s interior.

The SZGMC (Sheikh Zayed Grand Mosque Centre) provides excellent daily educational tours under visitor programs conducted by dedicated tour guides. In addition, you can join the ‘walk-in’ tours available between every 2-5 tours, and after that, explore the Mosque on your terms. Those tours are free and last approximately an hour. They are highly inclusive, informative, and fun to do.

A modern and inclusive library is at the heart of the visitor’s center. The library lavishes the readers with the architectural past and future of the Mosque, along with Islamic culture and heritage. Also, you can learn about the contributions of Muslim scientists of the past and their vision for future Islamic societies.

WHEN TO VISIT THE SHEIKH ZAYED GRAND MOSQUE

If you are allergic to crowds, then early mornings are the best time to explore the Mosque in peace. But the Mosque looks exceptionally beautiful during sunsets. I recommend the 5 pm tour to the Grand Mosque as the crowd is thin and the Mosque glows up with blue lights, plus the pool reflections seem captivating.

The super-affordable way to visit the Mosque is a Taxi once you land in Abu Dhabi. If you’re visiting from Dubai, then the taxi fare will be around 200-250 AED. It’s hard to miss such a massive structure. You can use GPS if you are driving yourself to the Mosque.

You can also book a bus online through the Department of Transport and the Abu Dhabi or Dubai RTA websites. Lastly, you can easily book a tour that will let you spend 2-3 hours in the Mosque. The other stops in the tour are Ferrari World, Yas Island, Corniche, etc. But the tour will give you a sense of rush and prevent you from absorbing the most out of this experience.

I had four days city tour in Abu Dhabi and loved visiting the Mosque two times by one Big Bus classic ticket. 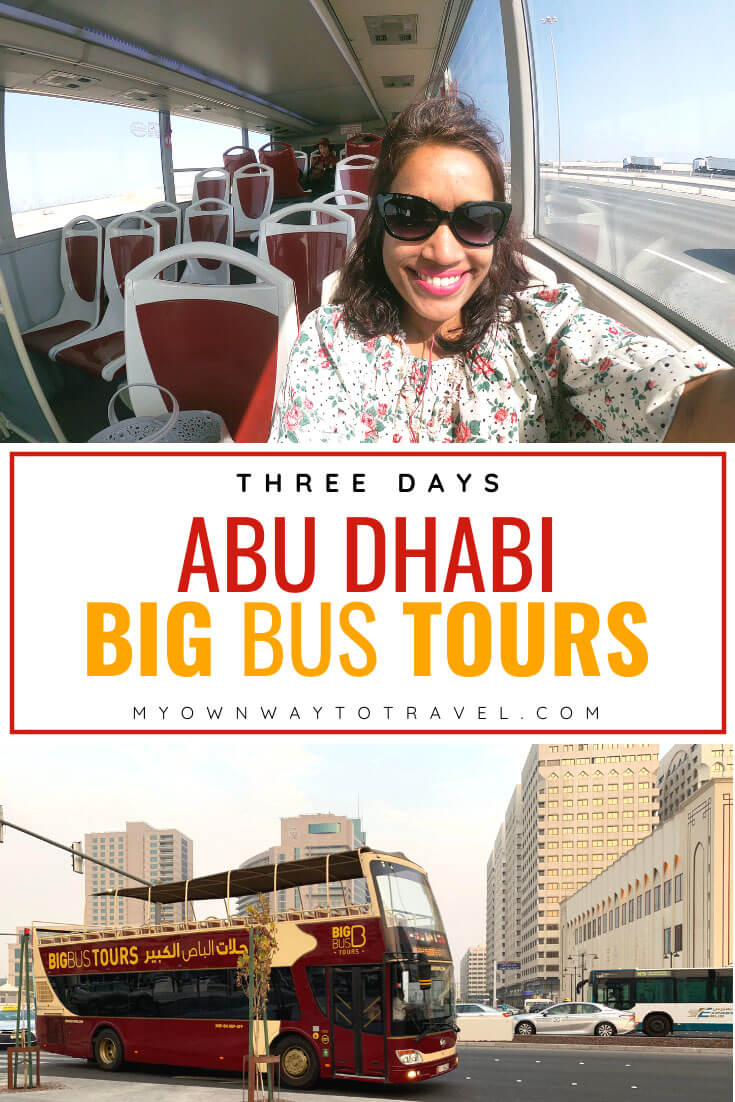 The Grand Mosque is open every day of the week from 9 am to 10 pm, except on Friday. The Mosque has morning prayer on Friday and opens only after 4:30 pm.

Note: The Mosque has a shorter opening time during Ramadan, i.e., from 9 am to 1 pm. Also, the Mosque is wholly closed for tourists on Islamic holidays, as it is filled with worshippers.

Note: Check the Official website for any changes in the Mosque’s opening hours and tour timings. 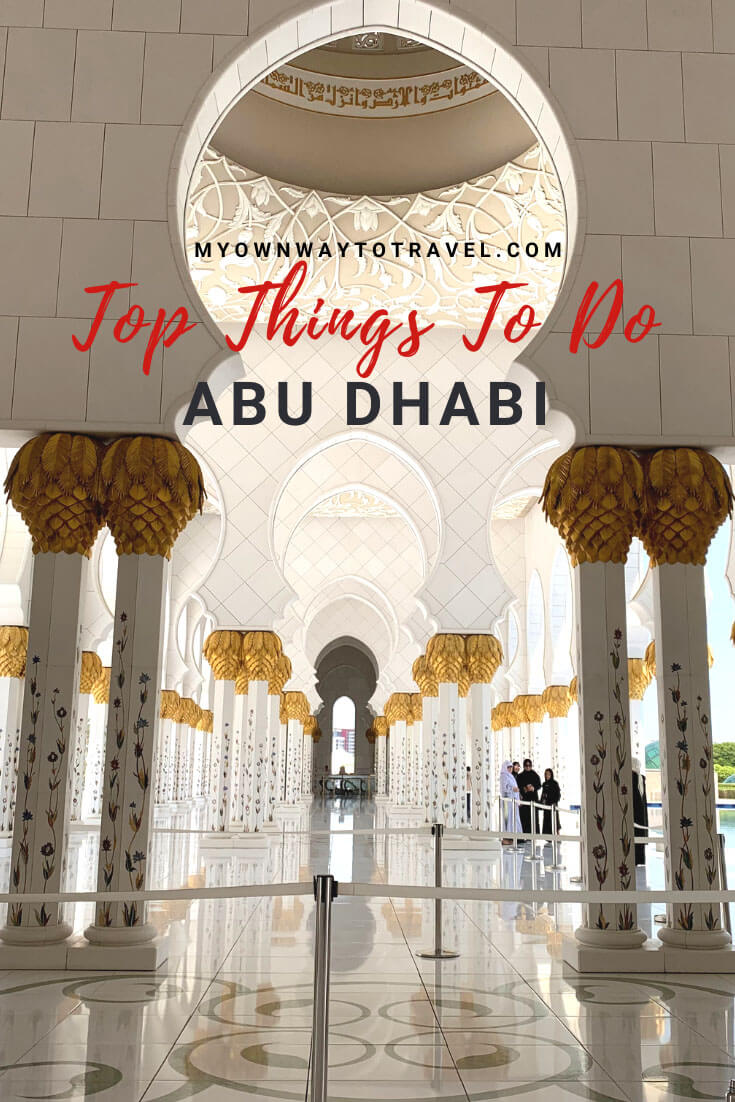 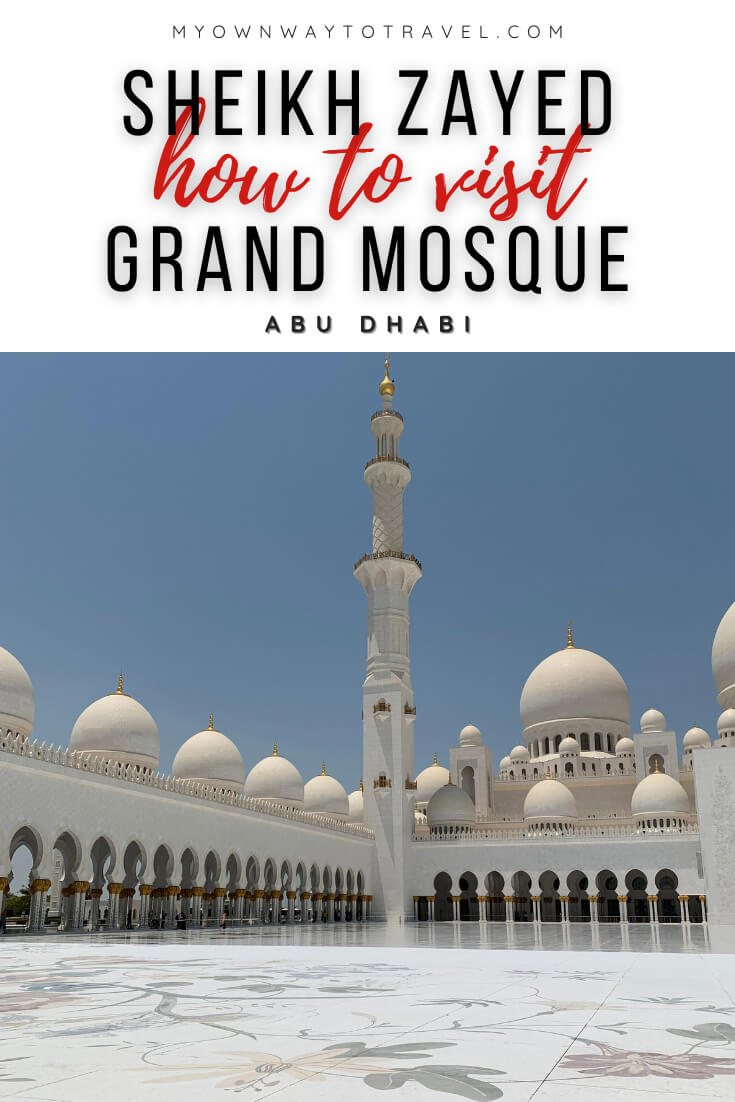 Share what you liked most about the largest Sheikh Zayed Grand Mosque in Abu Dhabi.