Cairo, the capital of Egypt, is home to one of the seven wonders of the ancient world. The Great Pyramid of Giza is the pièce de resistance of the many historical and architectural masterpieces embedded in this megacity.

Marked as the 7th most populous city globally, Cairo is not alien to traffic, pollution, and the sheer hubbub of a modern town. But after you pass the noise, the rich and beautiful history of this land of thousand minarets will indeed offer a confounding revelation.

For planning the perfect trip and making the best of your limited time in Cairo, let’s dive into its fascinating history, top attractions to marvel at, and activities you can enjoy alone or with your friends and family.

Disclosure: All are paid links. As an Amazon Associate I earn from qualifying purchases.

Cairo is called al-Qahirah in Arabic, which means “The Victorious.” This name is derived from the planet Mars, as it was rising on the day this city was founded in 2000 BC.

The city’s oldest structure is the Babylon Fortress on the Nile, built by the Romans around the 1st century. By the 10th century, the Fatimids established Cairo as the City of Fustat, leading to a spell of constructions like the Al-Azhar Mosque.

Like Saladin and Mamaluks of the 12th and the 13th century, respectively, Rulers commissioned more buildings and promoted Islamic learning. But the 16th century Ottomans took over Mamaluks and made Constantinople their capital, disregarding Cairo. Cairo came under the grasp of the black death, and thousands fell. 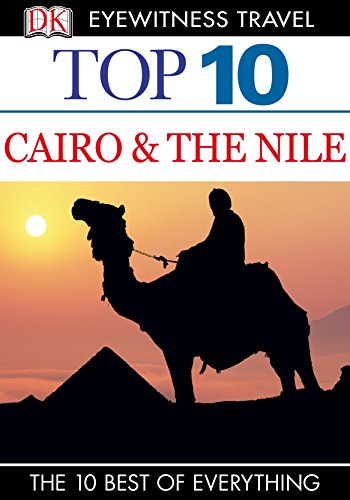 Cairo was revived by Muhammad Ali Pasha in the 19th century, who ensured massive construction and economic reforms., only to fall back under British rule in 1882. Late but influential, the Egyptian Revolution approached in 1952, and Cairo grew under the iconic Nasser. Today is one of the most prominent Islamic cities and a beacon for tourism.

Cairo International Airport is the second busiest international airport in Africa and has round-the-clock operational airlines going to and coming from places worldwide. Located northwest of Cairo, the airport is 22 km away from the city center. Take a taxi, rent a private car or use bus 111 and 382 to reach the city center in about 45 minutes. The local bus cost 5 EGP, and the official yellow taxis cost 150 EGP. While the metro is the most preferred public transport, you can also use car rental services for Cairo’s no-budget elite travel experience.

You can probably imagine the burning heat in Egypt during summers, which makes winters the best time to take a trip to Cairo. The day gets warm and sunny in winter, and the nights get cold and breezy. However, you will have to stay ready to battle the heat.

But for those who hate the seasonal crowd of tourists or want to skip the high prices of hotels, the perfect time would be from March to April and October to November. The weather is welcoming between December to February, but you can expect a swamp of travelers from around the world and can say goodbye to all your savings.

Here are more than 20 places you can visit and go sightseeing with your friends and family.

The Pyramid of Giza and other pyramids like Saqqara and Dahshur are the main tourist attractions of the Greater Cairo in Giza. The Pyramid of Cheops is the largest among all. Step Pyramid in Saqqara is one of the most popular, along with Dahshur’s Red Pyramid and Bent Pyramid.

A post shared by My Own Way To Travel (@nafisa_habib)

Starting from the Gate of Barbers from the northwest, you directly reach the central courtyard of the Al-Azhar mosque. You can gasp at the view of the five minarets from here. Sultan Hassan Mosque, Ibn Tulun Mosque, and the Mosque of Al-Hakim are popular tourist magnets.

The Egyptian Museum is founded by the French Egyptologist August Mariette is filled with staggering antiquities like the Tutankhamun collections. Next, the collection of pharaonic mummies is found in the National Museum of Egyptian Civilization (NMEC) and the collection of middle eastern artistry in the Museum of Islamic Arts.

Inside the walls of Old Babylon lies the twisty laneways and cluttered churches. Here the Roman Emperor Trajan built the oldest standing architecture in Cairo, The Fortress along the Nile.

Bab Zuweila gives an astounding rooftop view of the city. City at the Citadel is famous for the Mosque of Muhammad Ali. Al-Muizz li-Din Allah Street is filled with fine Mamluk buildings. When you get tired, rest at the Al-Azhar Park. The Nile Island of Gezira in Zamalek, The Manyal Palace of Roda Island, The ruins of Medinet Madi of Al-Fayoum, the architecturally rich Downtown Cairo, Day Trip to Tanis, and Ancient Heliopolis and El-Matariya are some other fascinating places to wander in Cairo.

What to Eat in Cairo?

Like Indo-Asian cuisines, the food in Cairo is rich in spices, includes meat and its products, and adds rice plus vegetables to the mix. Some of the most famous dishes are made by the fusion of African and Mediterranean flavors. Local and exotic restaurants are spread across Cairo serving traditional Egyptian food like:

What and where to shop? 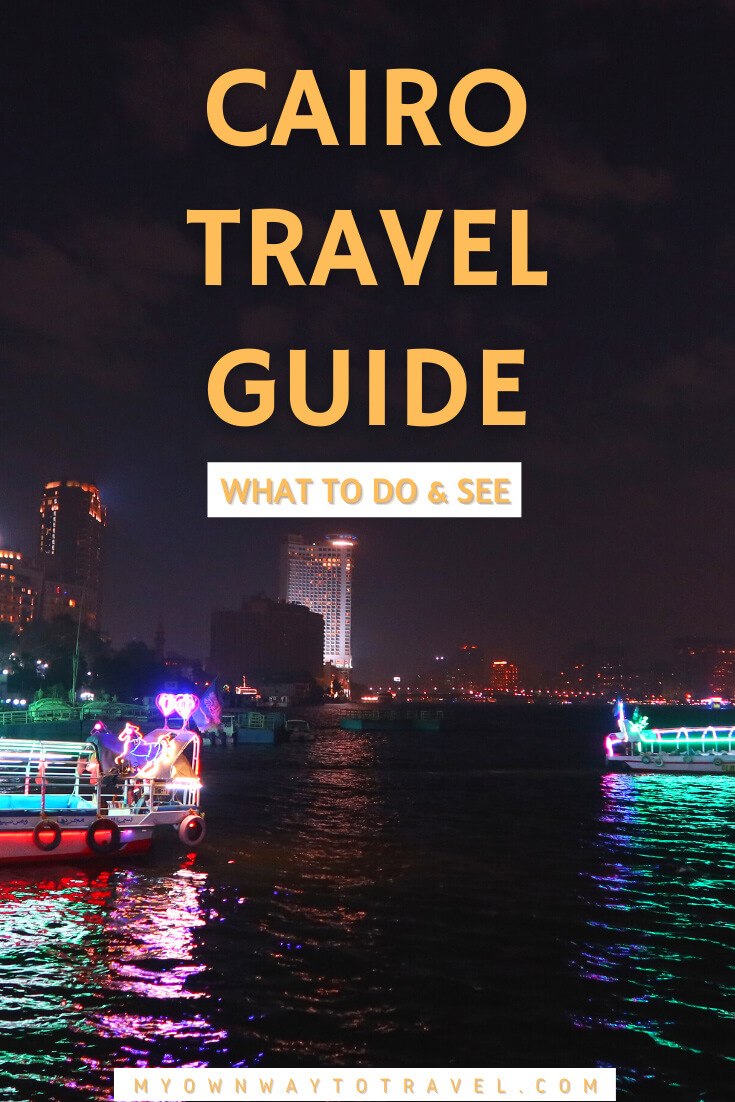 Have you been to Cairo in Egypt? Share your top things to do and see in Cairo.