Bengali Cuisine originated in the Bengal region, which is in the eastern part of India and divided between Bangladesh and West Bengal, Tripura, and Assam’s Barak valley. Bengali food is lip-smacking with less oil and a mixture of spices with the easiest cooking methods.

The tradition and culture of Bengali cuisine have been preserved for ages. Bengalis love to celebrate their festive and taste from street food to the main course, and from spices to desserts, a wide range of varieties are there. Bengali food is a complex and fragrant mix of spices and aromatics used in many Bengali recipes. More than three hundred different varieties of food can be found in Bengali cuisine, including fish curry, pickled mustard leaves, chicken curry, and a variety of fruits.

Bengalis always have been famous for their food, cuisines, culture, and traditions. Whether it is their way of celebrating festivals or eating or making food, they always give their best. Bengali people love to eat and live to eat. And why not they will love? Instead of using cutleries with the evolution of time, Bengali, like the rest of the Indians, who are not into modernization, still loves to eat with their hand. It is said that real taste and flavors are witnessed while eaten with the hand. There is a strong emphasis on rice as a staple food, served with fish, meat, vegetables, and lentils.

Foreign countries and South Asian countries have influenced Bengali food. And Bengali cuisine is the only cuisine in India that still holds its authenticity, although these eastern regions are ruled by various rulers, including Mughals, and were once the capital of British Colonized India. Moreover, the partition of Bengal and Bangladesh has much influence on Bengali cuisine. The differences in the food habits of Muslims and Hindus led to the changes in the style of Bengali Cuisine. After partitioning the markets of Kolkata saw the attraction of two communities majorly i.e., Marwari and Chinese, and substantially, their influence started to be shown in the sweet shops and also on the street foods. On the other hand, Bangladesh was isolated by the political borders and retained a more traditional take on things.

The influence of widows on Bengali cuisine is significant. As widows from Bengali Hindu customs are barred from eating meat and fish, they cannot eat heated food such as garlic and shallots, but ginger can be used. Leftover vegetable peels and spinach ends are transformed into delicious foods. Widows are only restricted to the kitchens resulting created a unique class of chefs.

Different types of fish are included in Bengali cuisine, mainly freshwater and brackish fish. However, fresh sweet water fish is one of its most distinctive features. Let’s enjoy a quick sneak peek into the varieties of Bengali Food.

It is one of the staple foods and is the national cuisine of Bangladesh. It is the most popular one eaten by Bengalis. The right amount of Nigella seeds and chili is required to make this.

Bengali-style khichuri is a must-try simple food. It is made up of rice and moong daal. Different vegetables are included with cumin seed and ghee according to the taste and need.

Niramish or Alur Dom and Mishti are yummy combinations to serve with my top favorite Bengali food – Luchis. It is a fried food that is usually made up of maida instead of wheat grain flour. It is fluffy and round with a golden texture. It is mandatory in every household of Bengalis for smaller celebrations.

Aloo Ghost or Meat with Potato Curry is an authentic meat dish. Aloo Ghost is a famous meat curry not only in Bangladesh but also in Pakistan and India. In Bangladesh, it is common to cook this with beef rather than any other meat. Its stew-like gravy is too tasty to eat with plain rice, polao, or flatbread.

Another Kala Bhuna is also included in the main course and is one of the famous beef recipes in Bangladesh. And the specialty of this food is its special spices which are added till it becomes dark. It is the signature dish of Chittagong port city in Bangladesh.

Shukto is a special Bengali dish in Kolkata that includes varieties of vegetables such as potatoes, korolla (bitter gourd), kachkola (green bananas), Pepe (raw papaya), shojne (drum sticks), sheem (flat beans). Flavored spices and Bengali cuisine’s famous “pach phoran” and milk are added to make curry. It is usually served with rice and is made at each and every festival and occasion. It is traditionally eaten at the starting of the food. It is said to be the appetite riser and prepare for other upcoming food.

It is a vegetarian Bengali dish that is made up of banana flowers, crushed potato, and coconut with some cumin and bay leaves.

It includes in the leading course food. A type of citrus fruit, Shatkora, is eaten as a vegetable. It is cooked with beef, mutton, and fish curries. It is a common dish in the beautiful Sylhet district of Bangladesh.

Seafood lovers are madly in love with this dish. It is a prawn malai curry in which shrimp is deep-fried in coconut milk which results in silken curry. It is included in a gluten-free diet or even in a keto diet.

It is usually an oily food made with both chicken and mutton. It takes time while cook. First, minced meat is used, which is mixed with bitter gourd. And later on, it is sautéed into the ghee.

It generally comes in the beverage of Bengali food. It is made up of burnt raw mangoes, sugar, salt, and cold water. It is an instant relief in the sweating summer. The mangoes are burnt to give a smoky taste to the drink. It is the most refreshing natural drink.

Rice cakes or various types of steamed or fried pithas are traditional Bengali sweet dishes preferred to enjoy during the winter season. Some of the popular pithas in the Bengali region are Bhapa Pitha, Patishapta Pitha, Chitoi Pitha, Nakshi Pitha, and Puli Pitha.

It is impossible to imagine a winter morning without freshly cooked Bhapa Pitha, a sweet steamed rice cake, and a trendy one in Bangladesh. This delicious pitha is made out of ground rice flour and jaggery and topped with crushed coconut.

It is a variant of crepe food that comes on the list of desserts. Bengalis made it with rice and coconut flour known as “Patishapta.” Sugar and jaggery are added to the dish to make this crepe a sweet one. It is prepared on a special occasion, namely, Poush Sankranti.

Chitoi Pitha is a steamed pancake made with a mixture of rice flour, salt, and hot water. It is a comfort Bengali food when served with meat curry or spicy Bhorta.

Bengali sweets or Mishti have a long list of history. As we all know, it needs no introduction. It was noted that generally, milk-based sweets are prepared in the Bengal region in traditional ways.

Roshogolla, a Bengali sweet, is India and Bangladesh’s most widely consumed sweet. Darbesh, known as Laddu, is a very common sweet that is used during Bengali festivals. Gulab Jamun is also very popular. Moreover, Rajbhog, Shondesh, Chhanar Jilapi, Ledikeni, Bonde, Mihidana, Rosmalai, Chomchom, and Amitti are other varieties of sweets that are widely popular.

Along with sweets, Mishti Doi and other fruit-flavors doi such as custards, Aam Doi are also famous in Bengali cuisine.

These Kathi rolls are famous all over India, but it is invented in the “City of Joy,” i.e., Kolkata. Meats, kababs, and other vegetable foodstuffs are wrapped in thin rotis with different chutney and sauces. It is very delicious to eat.

It is generally eaten in every country and is called by different names. In Bengal, it is usually called Bhel. It is made up of muri (puffed rice) and other varieties of spices are added with mustard oil and bhujia with minute chopping of tomato, onion, boiled potatoes, and green chili.

It is a convenient snack to eat with milk tea with family and friends in the evening.

There are lot more Bengali cuisines if you start to dig out the history of Bengali food. When you visit Bangladesh, West Bengal, Kolkata, or other eastern parts of India including Tripura and Assam’s Barack valley, which were once under the Bengal region, do explore its delicacies of food. Bengali food and sweets will never make you disheartened. 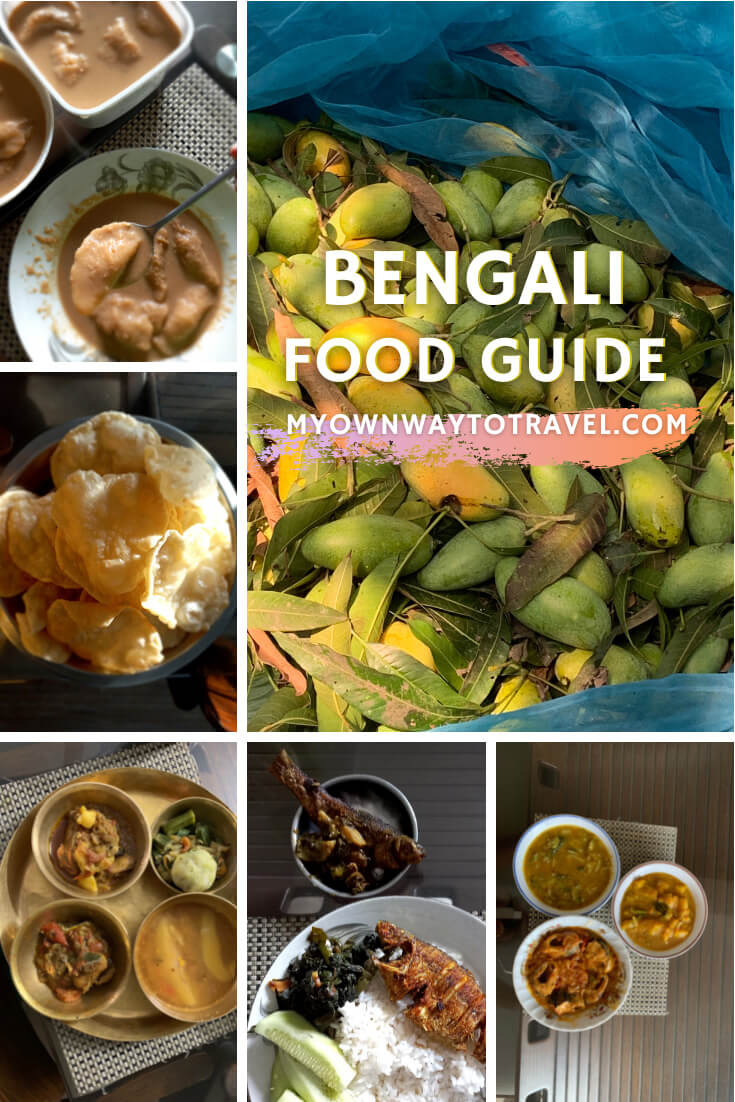